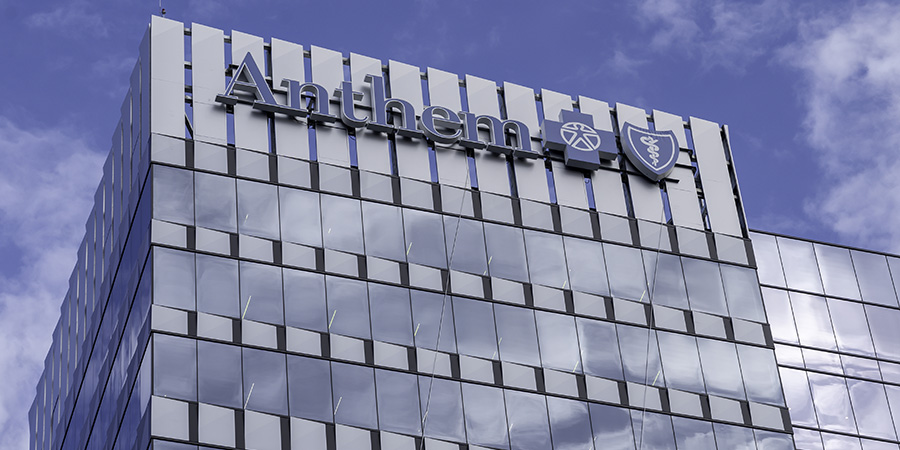 Anthem will no longer unilaterally downcode ophthalmologic codes, instead agreeing to reprocess and repay some previously downcoded claims after optometry’s advocates successfully argued the insurer’s policy.

Responding to an inquiry from a Maine-based optometry practice, Anthem Blue Cross Blue Shield of Maine President Denise McDonough wrote in a May 6 letter that claims submitted with the Current Procedural Terminology (CPT) code series 92000 would no longer be subject to the insurers’ evaluation and management (E/M) review process, and that Anthem would reprocess and remit payment (including interest, if applicable) for all claims with CPT code series 92000 impacted by that review. The AOA, in assisting the practice and its attorney, believes Anthem’s decision would likely apply to all states; however, the insurer stated it reserves the right to provide notice of inclusion of the CPT code series 92000 to E/M review in the future.

“Although we still have many issues with the downcoding program as a whole, removing the 92000 codes from this program is a good first step,” says Steven Eiss, O.D., AOA Third Party Center (TPC) chair. The AOA TPC works continuously to monitor plan policies and actions, and is the profession’s payer advocacy nerve center.

“We continue to encourage members to appeal any downcoding decisions that they feel the higher code is supported by the patient’s medical record. We will continue to advocate that any payers seeking to downcode any payments be required to view the medical record first.”

Despite the change regarding ophthalmologic codes, Anthem reiterated its intent to continue “assessing” selected claims for E/M services—specifically, the CPT code series 99000—to ensure coding on these claims “aligns with the national industry coding standards.” However, the AOA still believes this process is inappropriate and not necessarily in line with the CPT coding and documentation requirements.

In 2019 and 2020, Anthem began analyzing doctors’ E/M services claims for outliers, then on Jan. 1, 2021, the payer began downcoding claims for those identified by Anthem’s analysis. This E/M review process unilaterally predicts the E/M visit level using assumptions made from the submitted claim, including the identity of the doctor and the ICD-10 diagnosis code, without reviewing the medical record with the doctor’s documentation. If Anthem believes a lower level than submitted is appropriate, the insurer pays at the lower level.

In an April 2021 letter to Anthem, the Maine-based optometry practice noted how the E/M review unilaterally downcoded and underpaid hundreds of clean claims since Jan. 1, based solely on an algorithm, and without any notice of dispute or document audit. These claims were “substantively identical” to 2020 claims paid without issue, the letter notes.

What’s more, the practice questions whether the E/M review process runs afoul of federal regulations for health care transactions by arbitrarily paying different benefits for the same procedures, “based solely upon the unaudited coding history of the provider rather than the actual service provided or documentation thereof.”

Concurrently, the Maine Optometric Association (MOA), supported by the AOA, filed its own complaint to the state’s insurance bureau in response to Anthem’s E/M review process. Citing numerous complaints of Anthem’s automatic downcoding, the MOA suggested the process be investigated in relation to a particular statute of Maine insurance code that requires insurers to either pay or deny the claim, whereas, in this case, Anthem is trying to create a third avenue: downcode and pay at a lower rate. This third option is not based on the care a patient receives but which doctor the patient sees.

The MOA and AOA advise doctors with unilaterally downcoded E/M code claims to submit an appeal with Anthem, as well as request removal from the E/M review process entirely.

The AOA maintains that downcoding without reviewing the medical record is inappropriate and that third party payers should pay the claim or deny the claim based on the coverage and clinical needs of the patient, as documented in the medical record, and not make coverage decisions based merely on the identity of the doctor who submitted the claim. Payers should not target doctors who may be outliers without first reviewing the doctor’s claims, documentation and practice patterns.

In 2012, the Health and Human Services Office of the Inspector General issued a report that found 42% of claims for E/M services in 2010 were incorrectly coded—either up- or downcoded—and 19% lacked proper documentation. Then, a 2017 report from the Government Accountability Office found improper coding attributed to more than $27 billion in costs to Medicare and Medicaid.

However, a recent AOA Health Policy Institute (HPI) analysis of Medicare Physician and Other Supplier Public Use File found that doctors of optometry billed 99000-series codes at similar rates in 2016 and 2018 with the 99213 code billed predominantly. This suggests that not only does optometry have a “solid understanding of E/M coding procedures,” but also most doctors of optometry are not exclusively billing the higher-level codes targeted by Anthem. Additionally, the Centers for Medicare & Medicaid Services (CMS) annual Comprehensive Error Rate Testing review found optometry error rates for Medicare claims lower than average across provider types.

“While HHS predicted that physicians of all types would likely improperly ‘upcode’ future claims, the HPI data shows that doctors of optometry did not show this trend between 2016 and 2018,” noted Steven Loomis, O.D., AOA HPI chair.

Remarkably, Anthem’s E/M review does not automatically “upcode” claims when an algorithm indicates the doctor should have billed a higher-level code. In contrast to Anthem, the CMS issued Comparative Billing Reports to doctors of optometry who bill higher-level E/M codes than their peers; however, CMS does not automatically downcode those claims and instead seeks to educate doctors about correct coding practices.

Looking for more information about billing and coding? Access #AskAOA webinars on E/M code changes for 2021 in the AOA’s EyeLearn Professional Development Hub.

In early 2020, the AOA also petitioned another of the nation’s largest health plans—Aetna—over the legality of the insurer’s systematic attempt to automatically downcode certain claims submitted by physicians, including doctors of optometry.

At the time, the AOA notified members of Aetna’s decision to automatically downcode claims submitted by some doctors for office visits, including the 99000 series and the 92000 series of codes, or those with certain modifiers, specifically 25 and 59, when the plan found an “apparent overcode rate of 50% or higher.” Initially, Aetna declined to explain how its algorithm determined a potential overcode situation, and the AOA faulted the plan for downcoding without first reviewing actual medical records as well as questioned whether such a scheme complied with HIPAA.

The AOA advised doctors affected by automatically downcoded claims to appeal through Aetna’s internal process as the plan informed the AOA that doctors with the most downcoded claims overturned by appeal would be considered for removal from the program entirely.

“Unfortunately, Aetna has a negative track record with making decisions about patient care without reviewing the patient’s medical records and basing decisions on unjustified assumptions regarding the doctor providing care to the patient,” an AOA letter to Aetna noted in December 2019.

Interested in learning more about payer advocacy efforts or aware of discrimination or other harmful actions by policies or insurers? Help the AOA hold insurers accountable by taking the following steps:

Have questions? Contact the AOA’s Third Party Center by email.

Payer Advocacy Summit gathers “all-in” doctors from every state as AOA legal team takes next steps in fight against anti-doctor and anti-patient policies.

Be a better negotiator on payer issues