January 15, 2020
Insurers’ business practices are limiting doctors’ ability to provide care, and the AOA is taking action to hold them accountable. 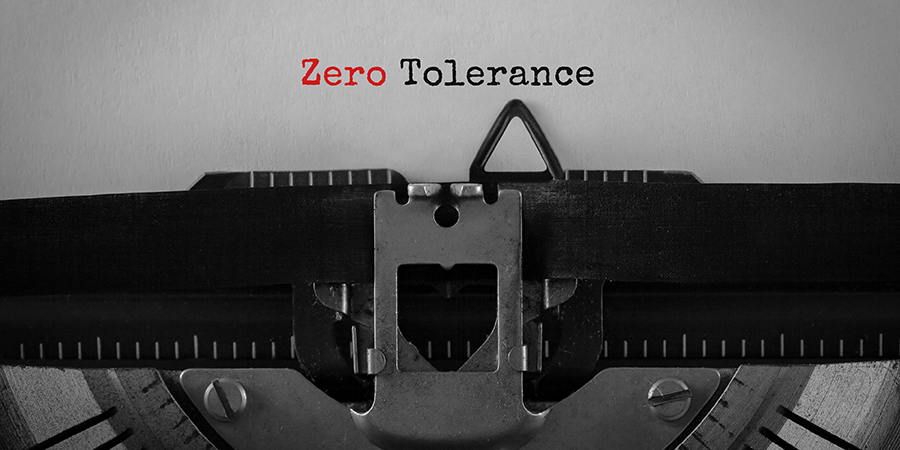 Mobilizing on new reports of provider discrimination and other harmful business policies imposed by insurers, the AOA applied pressure on regulatory agencies and plans aimed at gaining corrective action and fair treatment for doctors and their patients.

In separate, detailed letters directed to one of the nation's largest health plans—insurance giant Aetna—and the Centers for Medicare & Medicaid Services (CMS), the AOA spotlighted the harmful impact of plan—caused barriers and restrictions to optometric care while insisting on immediate resolution. These actions—taken at the direction of AOA's Board of Trustees—confront fresh indications of systematic downcoding of claims and inadequately comprised doctor networks. Both instances are top priorities through the AOA's active payer advocacy efforts to hold plans accountable under law and ensure the full recognition of optometry's essential, expanding role in health care.

"Our AOA and state associations have zero tolerance for abusive plan practices and, whenever they get in the way of the care our patients need and deserve, it's the highest priority to ensure that optometry's concerns are heard loud and clear," says AOA President Barbara L. Horn, O.D.

"We know that some plans will use their might and vast resources to try to limit or control a doctor's judgement and even work to undermine the care we provide. That's unacceptable and it's why we are putting specific plans on notice that our AOA is and will remain a force to hold them accountable."

For three decades, the AOA has fought successfully to safeguard optometry's physician status in Medicare, assuring full-access eye health care to tens of millions of seniors. This battle continues today as medicine's lobbying and political arms, and insurers, seek every opportunity to roll back, undo or limit the hard-won optometric inclusion provision enacted in 1986. With newly restrictive approaches to access being followed by Medicare Advantage (MA) plans and Qualified Health Plans (QHPs), the AOA is fighting back more aggressively than ever.

In a letter to CMS, the AOA identified a recent, unacceptable action by health insurer Anthem, involving the removal of hundreds of doctors of optometry from a single MA plan in Connecticut. Several times previously, the AOA has raised concerns with CMS network requirements for MA plans that don't require reporting on the number of doctors of optometry within the network, much less meet any time or distance standards for access. Meanwhile, such plans must report the number of ophthalmologists and meet time and distance standards to access ophthalmology.

Referencing the action as "misguided," the AOA detailed the concern that it would "lead to poor patient access and health outcomes and is ultimately more costly to the federal health care system." The AOA continues: "Anthem's actions in Connecticut are possible because the current CMS network requirements for MA plans do not include optometrists."

This, despite the fact that there are more than 18,000 more Medicare doctors of optometry than ophthalmologists nationwide. The AOA argues this exclusion amounts to CMS' interfering with competition for eye care services at a time when Americans still face care access issues.

But the issue extends to other plans, too, such as Colorado, where the use of federal definitions and guidelines for network adequacy denies patients access to comprehensive eye care. The AOA expressed concerns over current QHP guidelines that do not require their accounting for doctors of optometry in Essential Community Providers/Network Adequacy reports, especially as QHPs must cover pediatric vision care as an essential benefit—services typically obtained from doctors of optometry.

"MA plans and QHPs should be required to have adequate access to both optometrists and ophthalmologists, and CMS should incentivize access to primary eye care by requiring plans to include and report the number of doctors of optometry in the network," the letter reads. "Primary eye care begins with a comprehensive eye examination, one of the most cost-effective health services available. The presence of a pre-existing eye condition should not be a prerequisite for MA beneficiaries' access to comprehensive eye care."

The benefits of comprehensive eye examinations are well documented with the ability to detect some 276 systemic diseases with ocular manifestations. But more so, in 2017 alone, more than 401,000 cases of diabetic retinopathy were diagnosed in patients entirely unaware of their type 2 diabetes. Such data demonstrates just how vital access to optometric care can be for beneficiaries of MA plans.

Added the AOA: "Carriers narrowing their provider networks to exclude doctors of optometry are putting the health of MA beneficiaries at risk."

In response to Aetna's new, nationwide program to automatically downcode certain claims submitted by some physicians, including doctors of optometry, the AOA wrote to the plan's president over the legality of such actions.

In December, the AOA notified members of Aetna's decision to automatically downcode claims submitted for office visits (including the 99000 series of E/M (evaluation and management) codes and the 92000 series of ophthalmologic examination codes) or with certain modifiers (25 and 59) when the plan finds an "apparent overcode rate of 50% or higher." Affected doctors are notified by letter, though Aetna doesn't explain how its algorithm arrives at an overcoding determination, be it with or without review of medical record documentation.

The AOA believes it is inappropriate to downcode such claims without first reviewing actual medical records and questions whether it complies with HIPAA; a variety of state laws related to fair, accurate and timely processing of claims; and Aetna's contracts with patients and physicians alike.

"Unfortunately, Aetna has a negative track record with making decisions about patient care without reviewing the patient's medical records and basing decisions on unjustified assumptions regarding the doctor providing care to the patient," the AOA's letter to Aetna reads.

Should doctors find their claims downcoded, they may appeal through Aetna's internal process (Medicare Advantage and ERISA plans have their own appeal process). Aetna informed the AOA that doctors with the most downcoded claims overturned by appeal will be considered for removal from the program.

Even if Aetna upholds the initial downcoding on first appeal, doctors may choose to further appeal improperly denied claims to a level where there is an independent review of the claim.

Additionally, the AOA noted a potential violation of Section 2706 of the U.S. Public Health Service Act, prohibiting discrimination in coverage and network participation. In addition to discriminating against patients in coverage (and reimbursement), based on the doctor providing the care described above, Aetna is discriminating against the rights of patients to obtain covered care from doctors of optometry. Specifically, Aetna isn't contracting directly with doctors of optometry, requiring doctors of optometry to contract with EyeMed. (Section 2706, a landmark federal patient access to care safeguard, was included in the 2010 health care overhaul law at the urging of the AOA and over the objections of insurers and organized medicine.)

This condition requires doctors of optometry to meet credentialing requirements of EyeMed, rather than conditions of participation for Aetna, even though Aetna credentials other health care professionals providing the same services.

"Many optometrists who do not fit EyeMed's model for retail optometry or pose competition to EyeMed's commercial interests are being denied access to the Aetna medical network," the AOA's letter reads. "Meanwhile, medical doctors contract directly with Aetna, allowing ophthalmologists to freely credential with the medical plan without being subject to EyeMed's self-serving network restrictions."

Doctors aware of discrimination or other harmful actions or policies by insurers, or interested in more information about payer advocacy efforts in support of optometry, can take the following steps:

The AOA's Third Party Center Committee, chaired by Steven Eiss, O.D., of Pennsylvania, and comprised of doctors nationwide working continuously to monitor plan policies and actions, is the profession's payer advocacy nerve center. Supported by a team of AOA attorneys and staff, the Third Party Center has experience challenging and defeating abuses and barriers to optometric care.

Have questions? Contact the AOA's Third Party Center by email or call 703.837.1014, and read more about the AOA's ongoing fight against plan abuses.

Payer Advocacy Summit gathers “all-in” doctors from every state as AOA legal team takes next steps in fight against anti-doctor and anti-patient policies.

Be a better negotiator on payer issues