January 19, 2022
Generous donations from EssilorLuxottica and CooperVision for Hurricane Ida relief were recommitted to Optometry’s Fund for Disaster Relief in 2022 in response to year-end severe weather. 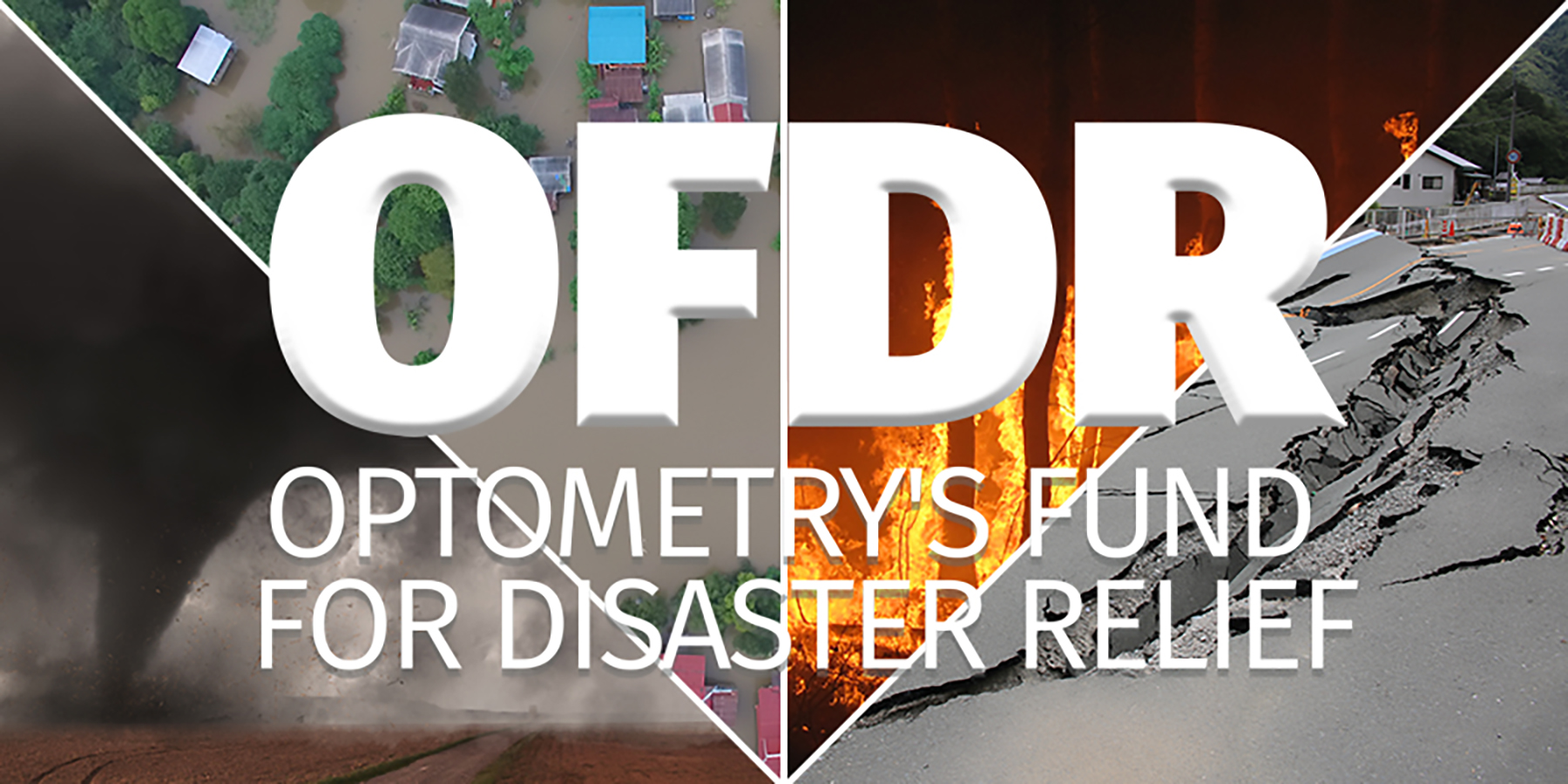 Just weeks before the Christmas holiday, a deadly severe weather outbreak across portions of the Midwest and South spawned a rare EF4 tornado that carved 100 miles through Arkansas, Tennessee and Kentucky. While on the ground for several hours, that tornado took only 10 seconds to thrash the western Kentucky home of Katie Parker, O.D., as her family sheltered in the basement.

“We knew it was bad and it was coming, and we just weren’t as prepared as we should’ve been,” Dr. Parker says of the Dec. 10 storm that proved quite a harrowing experience for the Parker family.

This past December went into the history books with 193 confirmed tornadoes—more than doubling the previous record of 99 in 2002—between the Dec. 10-11 tornado outbreak and a late-season derecho across the plains and upper Midwest states on Dec. 15. The sheer scope of the disasters means that recovery efforts are still ongoing over a month later.

In Dr. Parker’s case, she immediately returned to the clinic the Monday after the tornado hit her home with a heart for her patients but a head full of concerns. There was the cleanup that needed to happen and finding strewn belongings, then a daunting insurance process that loomed. Dr. Parker applied for and received an Optometry’s Fund for Disaster Relief (OFDR) grant just to address those immediate troubles and help her get back into practice to help her patients.

“It was incredibly helpful just to have that extra security, to give you a little extra time to care for those things in your personal life that were so crazy,” Dr. Parker says.

“This whole thing has been something else, but we’re very blessed that my practice wasn’t hit, too. That Monday it was good to be back in the office and feel that normalcy for just a part of the day.”

Such is the goal of OFDR grants: The monetary support is available to doctors of optometry affected by natural disasters with an aim toward helping cover necessary expenses and expediting doctors’ ability to return to practice and resume care to their communities. A program of Optometry Cares®—The AOA Foundation, OFDR is often the first place optometry turns on the road to recovery.

As a close-knit profession, optometry bands together in support of one another in times of trouble—and the December tornado outbreak and severe weather was no different. Even after committing generous support to OFDR in the wake of natural disasters earlier in the year, EssilorLuxottica and CooperVision recommitted their support of another $100,000 and $20,000, respectively, to help affected doctors quickly return to seeing their patients. These generous donations go far in helping Optometry Cares ensure OFDR is always poised and ready to help doctors get back to doing what they do best.

Apply for aid. If you have recently experienced the effects of a catastrophic event, please read the grant criteria and complete an OFDR application and Form W-9 in its entirety.

Donate to Optometry Cares. Help make certain that OFDR funds are available for our colleagues affected by disasters.

In late August, the deadly Hurricane Ida upended the lives of thousands of people as the Category 4 storm targeted the Louisiana and Mississippi coastlines, forcing residents to flee to safer havens while others elected to stay put amid widespread, prolonged power outages. In fact, only recently did electricity become restored in parts of Louisiana as recovery efforts entered a fifth month.

But throughout those efforts, OFDR remained a valuable resource for helping expedite doctors’ ability to return to practice and provide critical care to their communities’ most vulnerable populations. All told, OFDR provided nearly $100,000 in support to doctors whose practices and homes were damaged by Ida, enabling them to cover their most urgent needs during recovery.

“My practice also had significant roof damage and a lot more water damage,” noted Kevin Kasovich, O.D., who also sustained significant roofing damage at home. “The [practice] has been gutted and it will most likely be 6-8 weeks before we can start seeing patients there. We did have a small satellite office that did not sustain any damage. We are able to take turns seeing emergency patients out of the clinic. Homeowner’s insurance traditionally has a large deductible for hurricanes. The OFDR grant came at a critical time to help us begin the recovery process … especially with the office being shut down for such a lengthy time.”

Such support would not have been possible without generous donations to OFDR—from individuals and industry alike. Seeing the immediate toll on these communities, EssilorLuxottica responded with a donation of $100,000 and CooperVision with $20,000.

Their continued support—then, as it does now—helps ensure that OFDR grants remain available when doctors need a helping hand, says Peter Kehoe, O.D., past president of Optometry Cares—The AOA Foundation.

“Our industry support at times of disaster is unmatched and it is refreshing to have industry partners reach out even before being asked,” Dr. Kehoe said in response to the EssilorLuxottica and CooperVision donations. “Thank you to all of our industry supporters who take our call and step up to help our profession at this significant time of need.”

The Russia-Ukraine war may spawn a cyberattack on American soil with government officials warning major industries, including health care, to brace themselves. How can you prepare?

There is only one week left to take advantage of early-bird registration rates for Optometry’s Meeting®, June 15-18, in Chicago.

Save Your Vision Month is here: Remind patients to prioritize their eyes in 2022

The annual public health observance is happening just before a new phase of the AOA’s Eye Deserve More campaign kicks off this spring, but you don’t have to wait to participate.